Sick of Normal – My Story 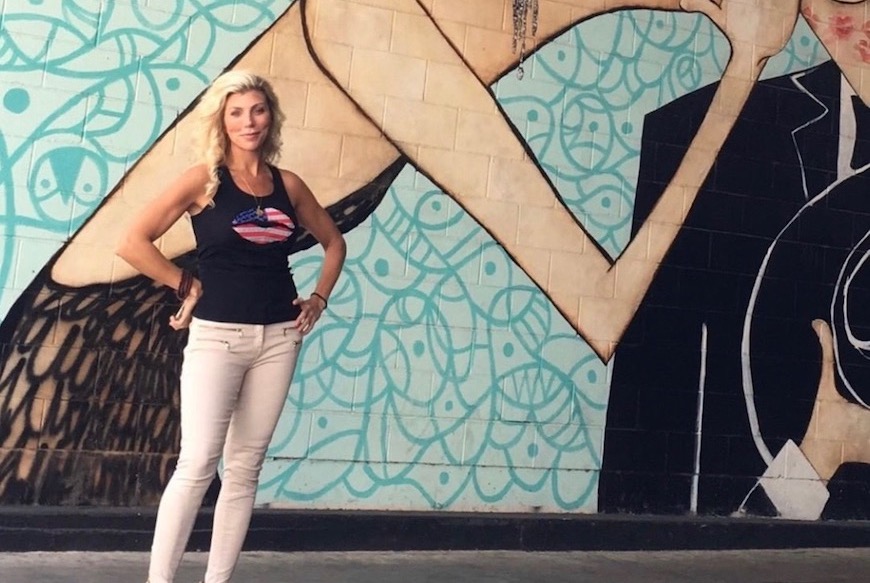 Growing up, I got an award for top kid flautist in the state, or some such crap. I also played Annie, the lead, in the school musical. I danced, I modeled, I marched in the band. The prevailing child-rearing philosophy held that success equaled happiness, so my mother found many activities at which I could excel and enrolled me. I hated all of it. I trudged along, though, assuming happiness would come along, one day when I was grown and could make my own decisions. Sure, I rebelled in small ways, as kids do, but mostly I did as I was told. I had no idea who I really was or what I actually wanted out of life. Then, one day, a teacher put me on the spot in drama class and told me to improvise something.

I did an impression of my best friend Christy that got people roaring.

“Do me! Do me!” my classmates pleaded, so I did impressions of each and every one of them. Nobody was offended. In fact, they loved it. I had been watching them, pinpointing their unique traits, and doing these bits in my head, for ages. After that, humor became, for me, a way to both make friends and mock the silly activities in which I was compelled to participate. With humor, momentary flashes of happiness illuminated my world.

Impressions of my own eccentric mother, with her cleanliness compulsion, catty insults, and what seemed like multiple-personality disorder, were my specialty. Living with her wasn’t easy, but mocking her to the great amusement of friends and family members helped me get through life. In my angriest and most frustrated moments, I thought, at least I’m getting material out of this.

Upon my graduation from high school, my parents agreed that a lucrative career would be the path to my happiness, so I went to nursing school, then on to graduate school for nursing anesthesia: a high paying career in great demand. I hated that, too. The day I graduated, I made the first independent decision of my life: whatever I was going to do in life, it wouldn’t be nursing anesthesia. After all, this was a career about putting people to sleep, but I wanted them to stay awake and listen to my jokes.

Like a lot of”people persons, ” I went into sales, instead. With my qualifications, I was immediately employed by a pharmaceutical company. During training, I learned something about myself: I found joy in the aspect of the job that entailed collecting data and drawing conclusions. Unfortunately, once I started working, I (like a lot of women in sales) discovered that no matter how well I knew the data, I was really just selling myself.

Supervisors told me to wear short skirts and high heels to land clients. Apparently, whether or not people got the right chemotherapy drugs depended upon how much cleavage I showed, not how much data I memorized. A doctor’s dirty joke, hand on my thigh, or even his suggestion to “continue the conversation in his hotel room” was considered, by those in the biz, to be part of the job. I laughed it all off. In fact, my impressions of our dirty-minded clients got my fellow saleswomen roaring.

On the job, I tried to walk that tightrope familiar to many women–to seem like a team player and not a prude, while also respecting my own boundaries. Walking that tightrope didn’t make me happy, but, as usual, I didn’t know what would do the trick. The money, however, flowed like a river. Assuming, as most do, that security and love would make me happy, I persisted in my tightrope walking, married a great guy, moved into an affluent suburb, and had three amazing kids. Now that I ” had it all,” I expected to feel that elusive thing called true happiness, but I didn’t. I wasn’t depressed or profoundly suffering, but having worked hard to get to this point in life, I was surprised that true happiness wasn’t my automatic reward.

I traveled a lot for my job, so, using my talent for making people laugh, I often made friends on planes. Over the years, I developed a habit of asking my random flight companions if they were happy. When they answered yes, I asked what about their lives, exactly, made them happy. I kept a notebook of their answers, where I charted statistics about these research subjects. Despite all the Facebook memes out there insisting that”friends and family” are the key to happiness, I didn’t find happiness more prevalent among the married or the single, the popular or the friendless, the parents or the childless, the poor or the wealthy. Truth was, I encountered very few people who claimed to be truly happy, so gathering a useful amount of data took many years.

During those years, I experienced increasing problems with my job, marriage, health, and parenting. I faced days, weeks, and years of extreme distress. I could no longer laugh everything off and realized that with grown-up problems came the need for more grown-up strategies in the pursuit of happiness. I hoped my research would, one day, provide those.

Once I had acquired notebooks full of data, I felt I should be able to draw a conclusion as to the key to happiness, but the trouble was, all the happy people I had interviewed were different. I drew graphs and charts comparing aspects of their lifestyles, but no patterns emerged until finally, I realized the difference was the thing they all had in common. My happy research subjects were all different from both the norm and one another. Those leading unconventional lives, those with “dark secrets,” even those whose unusual lifestyles isolated them from friends and family–those were the happy people. Folks who didn’t give a fuck what anyone thought about them were truly satisfied with their lives.

No wonder I wasn’t happy. I wasn’t like them, with my desire to please my critical mother, emotionally stunted husband, insulting clients, and complacent supervisors. My health was in the toilet, and following the traditional medical model hadn’t solved anything. Merely joking about the ongoing sexual harassment in my job had kept the money rolling in, but that didn’t make up for the anger I felt at being demeaned.

Sure, as an adult, just like in high school, I had rebelled a little along the way, spoken out a little bit against injustice, and tried a few medical alternatives. But now it was time to go full-bore alternative. I was sick. I was tired. And I was sick-and-tired. Most of all, I was Sick of Normal. I resolved to reexamine every aspect of my life and consider ways to do things differently. This blog, and my retreat business and upcoming book, Sick of Normal, comprise the diligent documentation of my forays into the world of alternative relationship styles, healing modalities, ways of making a living, and other aspects of lifestyle–all in the pursuit of that elusive thing called happiness.

Loading...
We use cookies on our website to give you the most relevant experience by remembering your preferences and repeat visits. By clicking “Accept”, you consent to the use of ALL the cookies.
Do not sell my personal information.
Cookie SettingsAccept
Manage consent

This website uses cookies to improve your experience while you navigate through the website. Out of these, the cookies that are categorized as necessary are stored on your browser as they are essential for the working of basic functionalities of the website. We also use third-party cookies that help us analyze and understand how you use this website. These cookies will be stored in your browser only with your consent. You also have the option to opt-out of these cookies. But opting out of some of these cookies may affect your browsing experience.
Necessary Always Enabled
Necessary cookies are absolutely essential for the website to function properly. These cookies ensure basic functionalities and security features of the website, anonymously.
Functional
Functional cookies help to perform certain functionalities like sharing the content of the website on social media platforms, collect feedbacks, and other third-party features.
Performance
Performance cookies are used to understand and analyze the key performance indexes of the website which helps in delivering a better user experience for the visitors.
Analytics
Analytical cookies are used to understand how visitors interact with the website. These cookies help provide information on metrics the number of visitors, bounce rate, traffic source, etc.
Advertisement
Advertisement cookies are used to provide visitors with relevant ads and marketing campaigns. These cookies track visitors across websites and collect information to provide customized ads.
Others
Other uncategorized cookies are those that are being analyzed and have not been classified into a category as yet.
SAVE & ACCEPT
WhatsApp us